Selected amongst top 10 students all over the world. 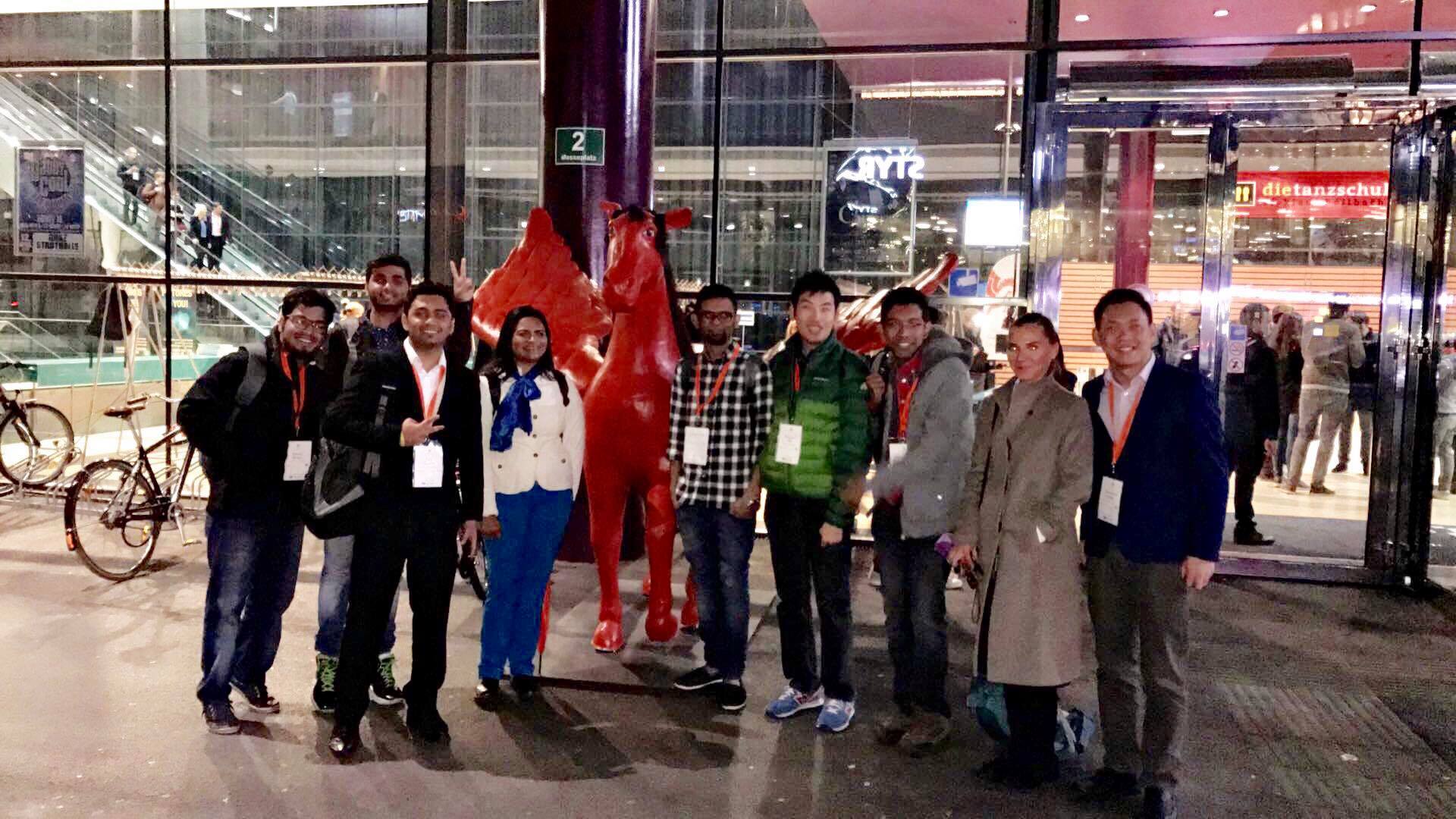 ^ With all the 10 participants and Pegasus, the mascot of World Usability Congress (WUC). (I am the one on the extreme left)

World Usability Congress (WUC) is one of the premier conferences on Usability, User Experience (UX) and Customer Experience in the world. It’s regularly attended by top UX speakers from companies ranging from Google, HP, IKEA, Skype etc. In 2016, for the very first time they organized the World User Experience championship. Details:

I was one of the 10 students who got the opportunity to represent their own college at the finals, which were held in Graz, Austria! This post documents the work that I did for the competition. Read more about my travel experience on Medium.

The competition challenged students to develop interactive concepts for future shopping experiences in order to improve the way we shop. Each entrant had to design a poster depicting their ideas.

I stared with interviewing several people in and outside our campus. First I defined the target userbase and then fanned out to discover people I wanted to interact it. The goal was to identify people’s frustration points and the degree till which the UX demands extreme measures. Since the market in Chennai is still not developed for e-commerce based marketplace, the majority opinions and feedback I received was for offline commerce. 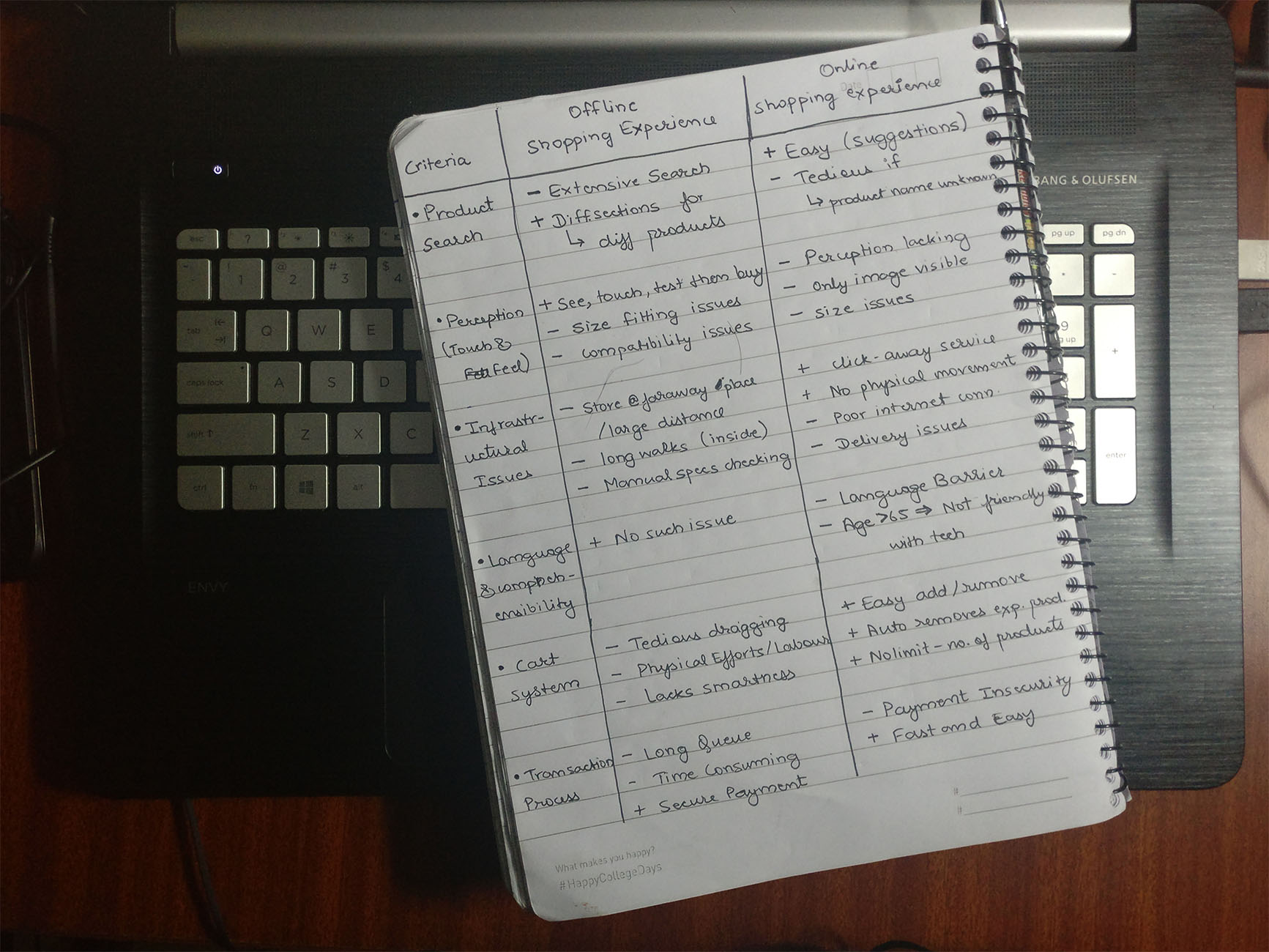 Based on the above observations, I started building an affinity wall to define two categories: online and offline commerce. I brainstormed a lot over the extent of technology that I wanted to incorporate in the final UX. I could had even suggested a VR based online commerce, but decided against it due to the various reasons listed below. 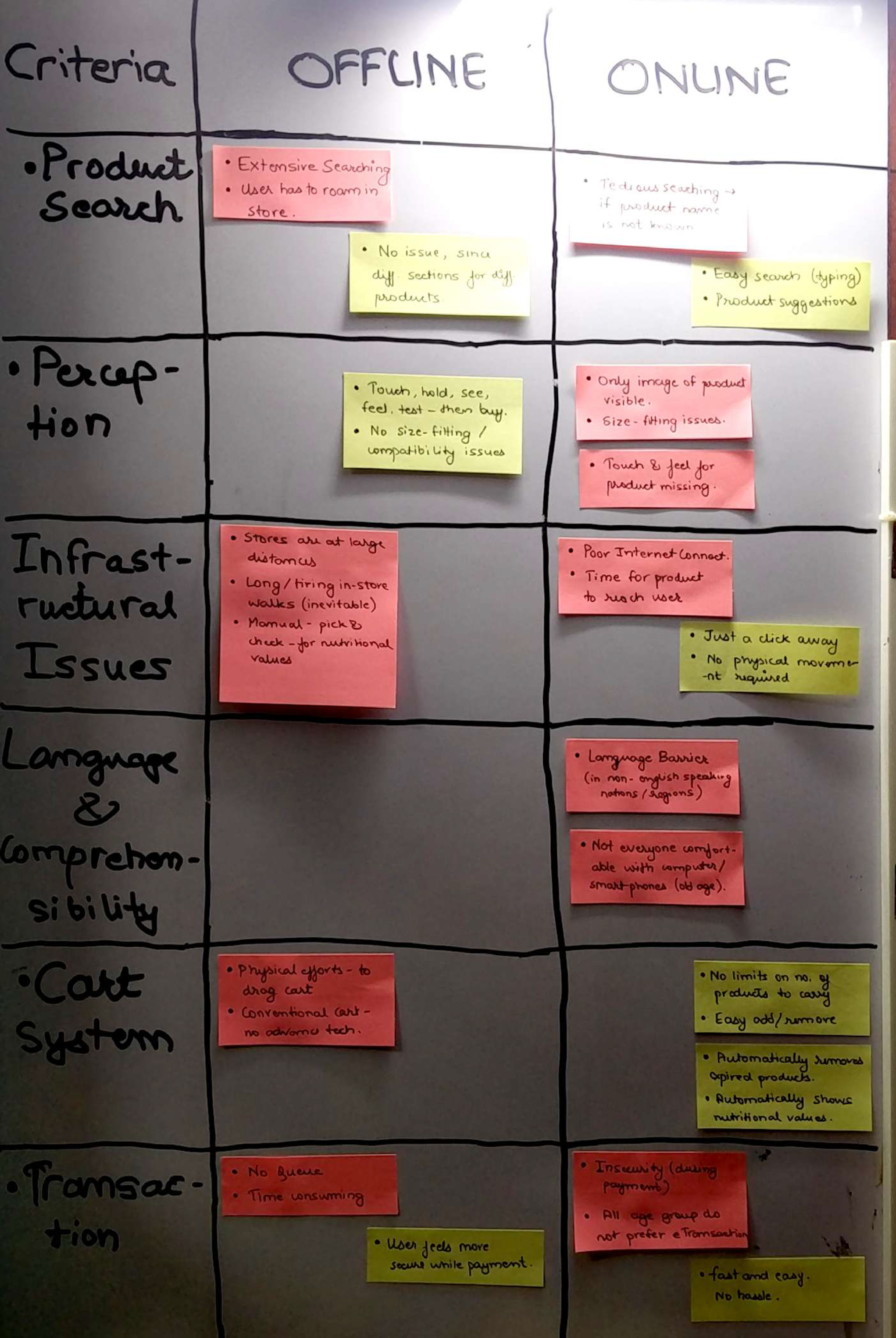 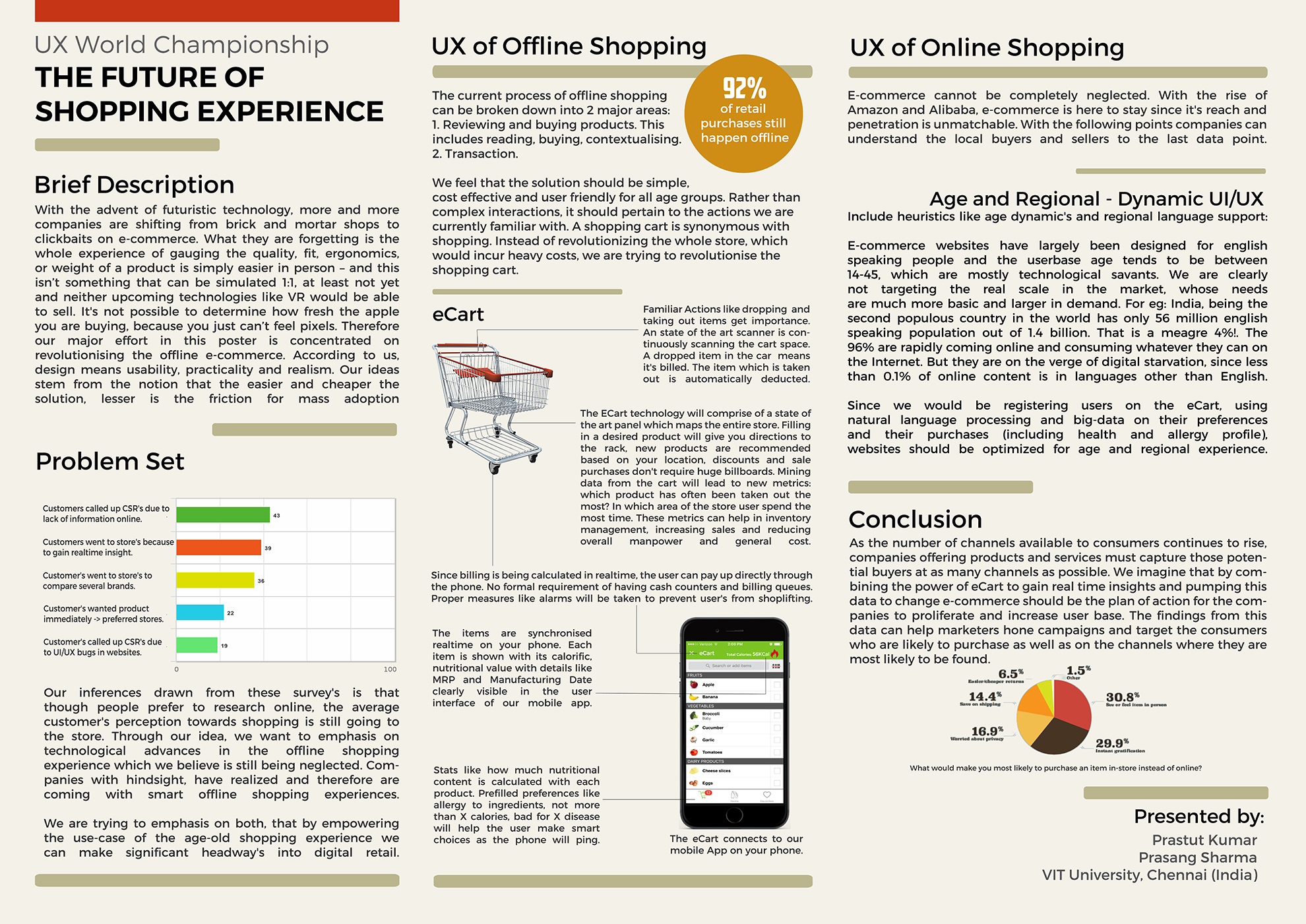 The finals took place in Austria on 17th October, 2016. The World UX Congress took care of my flights and stay as well as sightseeing in Austria. At the finals, I received two additional tasks.

It involved a questionnaire on design principles. Before coming for the finals, I read a lot about design theory which helped me in overcoming some of the tricky questions. Recommended books: Don’t make me think , Lean UX. I skimmed through Design of everyday things again so that I don’t lose sight of the big picture. 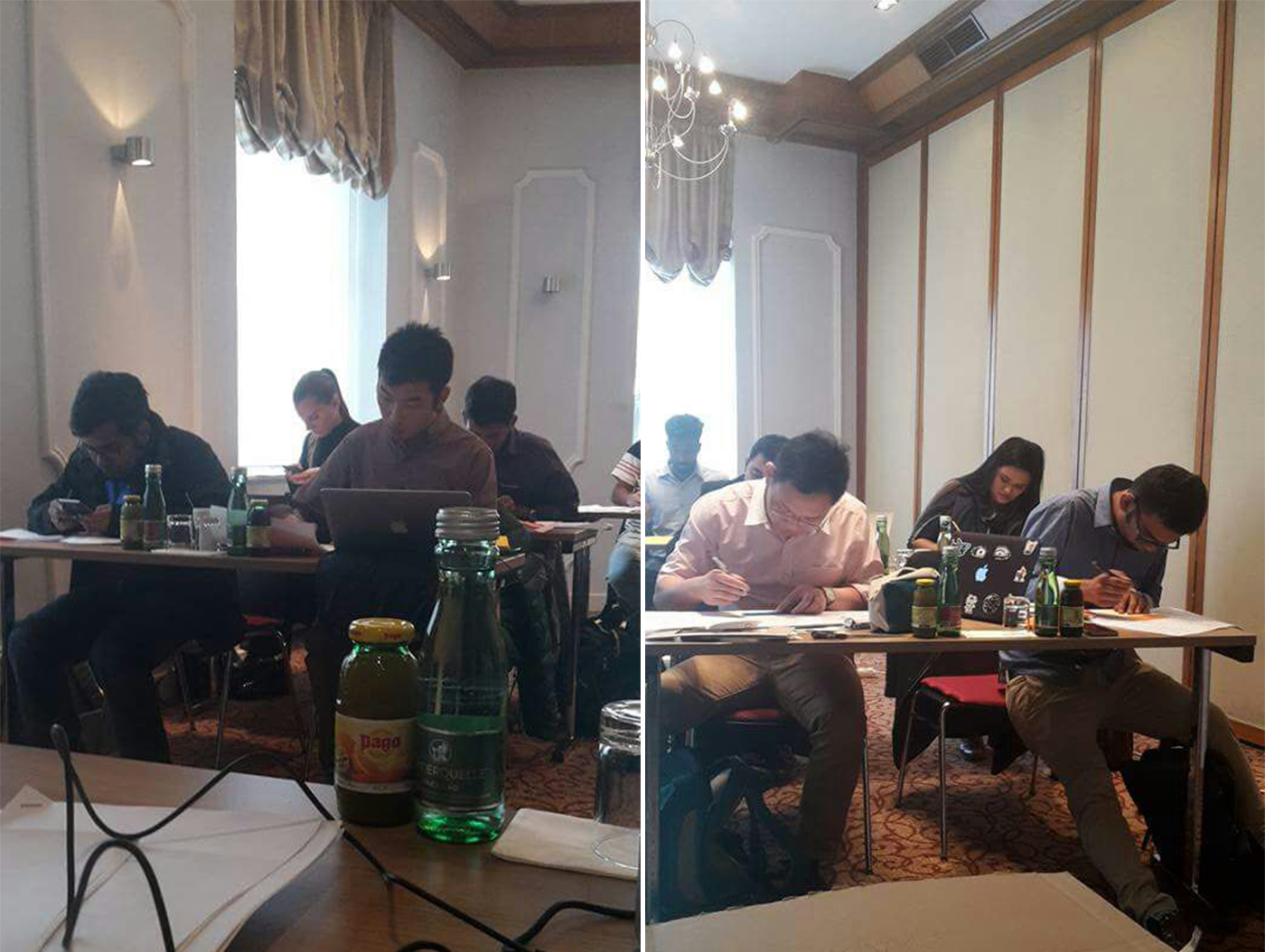 ^ Participants engaged in both the tasks.

All participants then had to design an app experience for the following problem statement:
“You are the assistant store lead for Wallmart, who are in the process of revamping their inventory management. You need to design a mobile app for electronic store pricing. The phones that are going to be deployed have NFC and Bluetooth. All assumptions have to be stated and explained.”

Each participant was given 5 minutes to pitch the idea to the jury. I first started with explaining what all tech I am going to use, followed by elaboration on the mockups. This was way before Amazon’s Go launch so I am delighted that my hypothesis, on which my proposal was built, got validated. My proposal for the same is as follows: 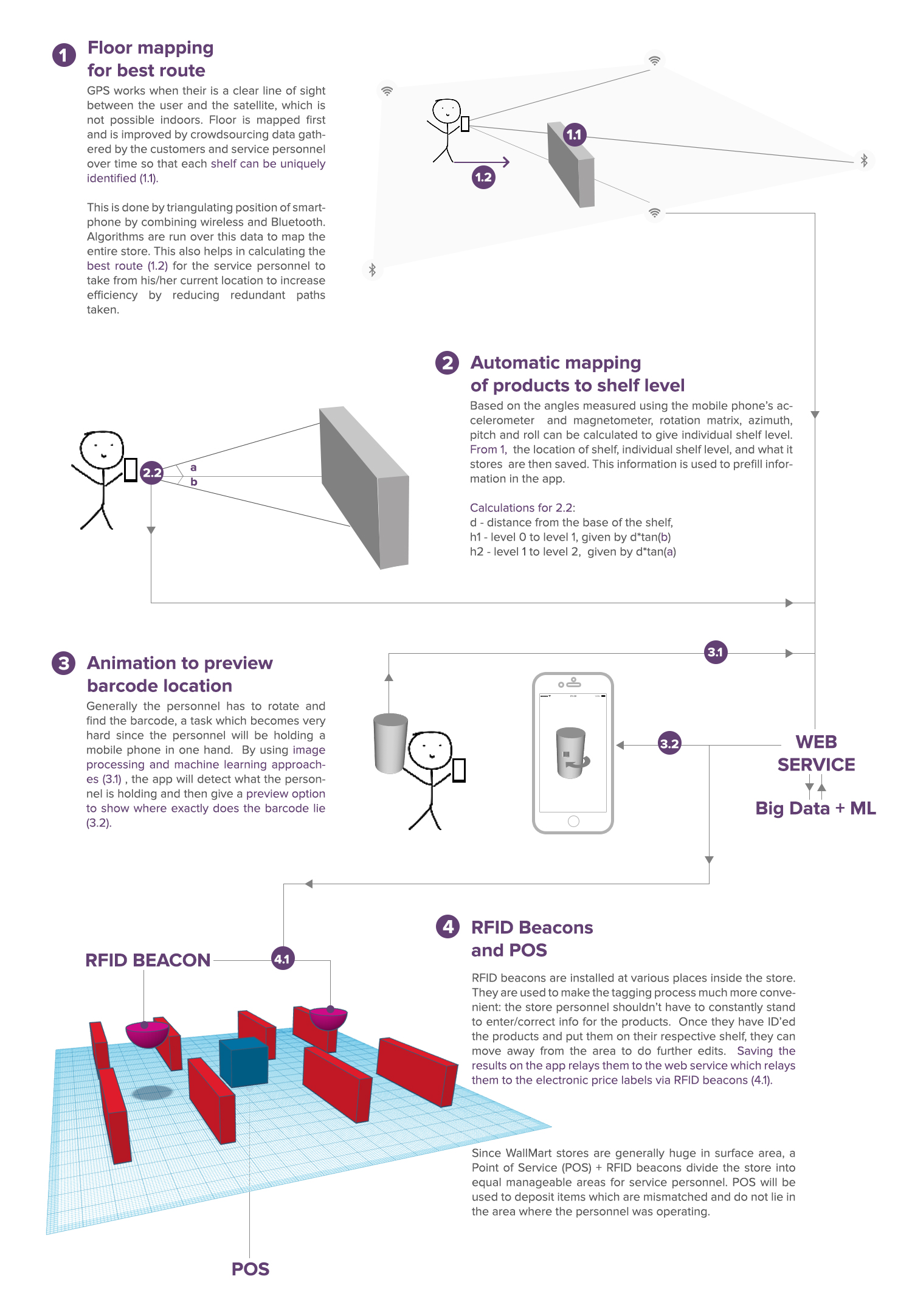 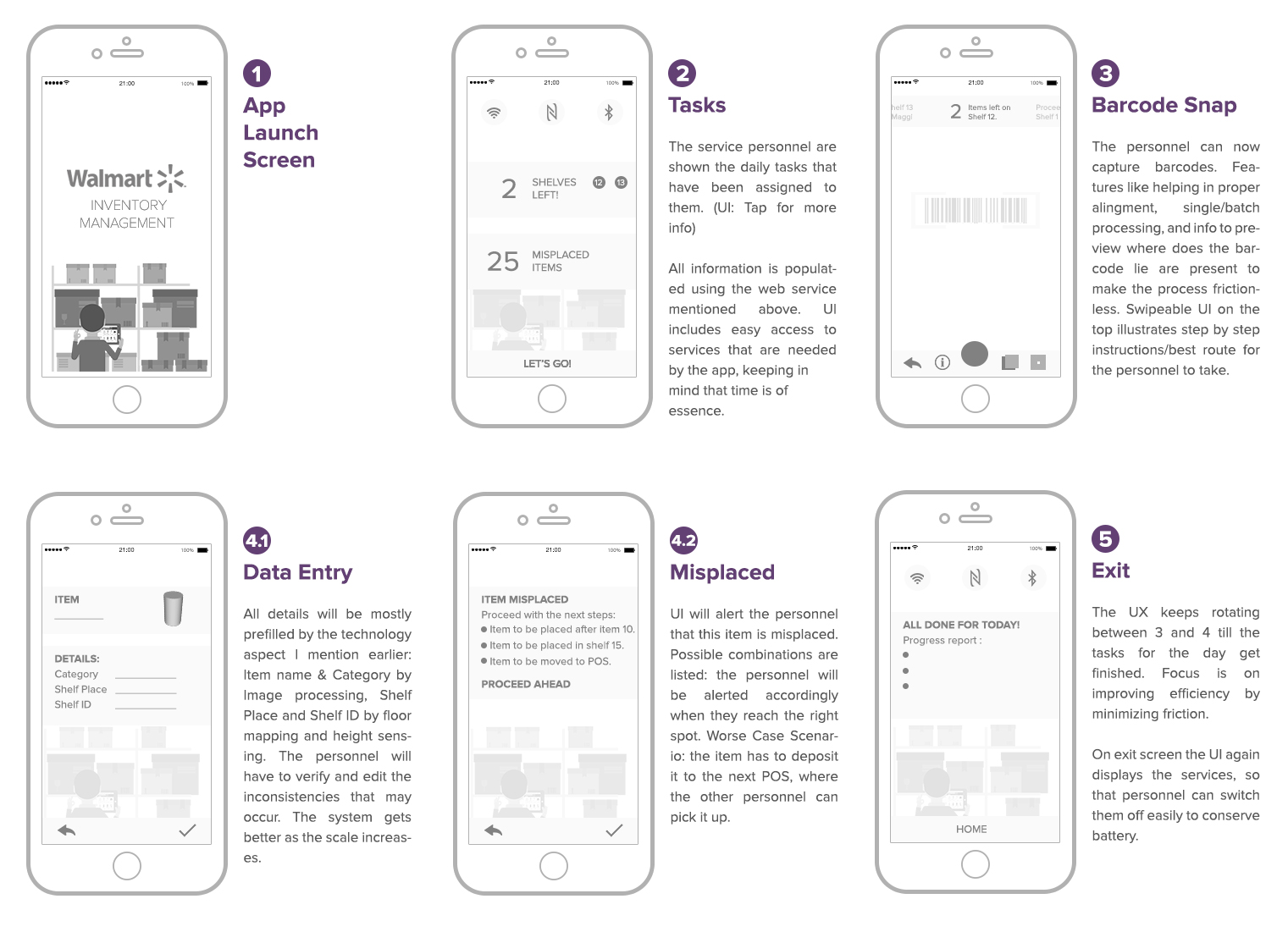 Each participant had 5 minutes to present their concept to the jury. I had to rush throughout the presentation, as I had a lot of explaining to do.

If I could do it over?

The jury, which was composed of experts from sponsoring partners and WUC speakers, chose the winner of the UX World Championship. Sadly, I couldn’t win the competition but the tremendous exposure and learnings that I got meant so much more than that. I had an amazing time meeting and deriving insights from the jury as well as people who attended WUC. I thank Mr. Hannes Robier, Chair and Organizer of WUC, for giving me an opportunity of a lifetime.